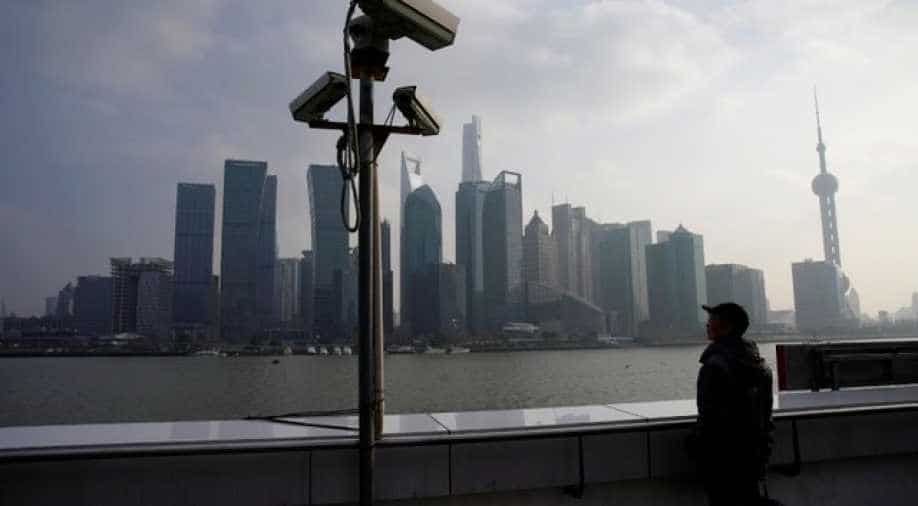 Debt growth for Chinese companies has slowed to the lowest rate in more than a decade, which could provide relief for policymakers worried about the fallout from years of loose lending practices across the economy.

But this growing caution about taking on new debt, along with tighter profit margins and slowing revenue growth, could point to rising risks facing the world's second-largest economy amid fears of a slowing growth.

The overall debt levels of Chinese companies grew three per cent in the first quarter of this year of 1,843 firms listed in Shanghai and Shenzhen, the slowest pace in at least 13 years.

Combined total debts - including borrowing via loans and bond issuances - amounted to 13.2 trillion yuan ($2.1 trillion) at the end of March, the slowest pace of growth year-on-year since at least 2005, the analysis showed.

That amount was down 6.2 per cent from the fourth quarter, a steep drop after companies ramped up leverage during 2017.

Revenue growth, meanwhile, more than halved to 12.3 per cent in the first three months of 2018 from 26.7 per cent a year ago. Net profit margins were also squeezed to their lowest level in two years, with sectors like information technology particularly hard hit.

"What it says to me is that many of these companies are quite cautious in terms of expansion and taking on new debt," said Christopher Lee, Hong Kong-based managing director for corporate ratings at S&P Global, referring to the data.

"The side effects will be slower industrial growth and slower GDP growth than what was achieved in 2017," he added.

The signs of slowing revenue growth add to a series of data pointing to vulnerabilities in China's economy, even as policymakers try to navigate debt risks and defuse a trade row with the United States.

Despite the stronger-than-expected first-quarter economic growth, economists, still expect a gradual slowdown to around 6.5 per cent this year from 6.9 per cent in 2017, as rising borrowing costs weigh on consumption and investment.

China saw fixed asset investment grow at its slowest rate since 1999 in April, while retail sales growth hit a four-month low. Home sales have also slowed as the government tightens controls in order to fight speculation and tame property prices.

Firms, meanwhile, are worrying about higher financing costs, as the government cracks down on riskier lending practices.

"As soon as we have the cash then we'll make repayments because if our debt-to-asset ratio is too high then our costs are also high," said an official at Xinjiang Youhao Group, which runs supermarkets and malls. "We need to think about financing costs."

The retailer's total debt of 1.3 billion yuan is at its lowest level since 2012.

The slower growth could put credit in the spotlight. Cutting debt levels has been Beijing's aim, but any signs that this may have gone too far - risking a broader drag on the economy - could prompt a rethink about financial tightening.

"The stronger-than-expected credit slowdown since December 2017 has led policymakers to take some action towards easing," Oxford Economics said in a report this week, pointing to overall credit growth slowing more than expected this year.

The proportion of loans priced above the benchmark borrowing rate also jumped by 9.9 per centage points to 74.4 per cent in the first quarter, the highest since China started releasing such numbers in 2004, according to Nomura.

Creditors and investors have also become more picky about where they put their money as credit risks have climbed, making it harder for some corporate issuers to raise funds.

Beijing Orient Landscape & Environment Co Ltd this month attracted just 50 million yuan for a bond issue that was meant to raise as much as 1 billion yuan.

A spate of bond defaults hasn't helped, with 11 companies in China defaulting on bond payments since January.

Beijing is already working to reduce business costs, cutting electricity prices twice in recent months, and is trying to channel more bank funding to smaller firms, which hasn't done much yet to ease concerns over rising costs.

"Because of rising defaults many investors are taking another look at the market and are becoming much more cautious in committing new investment," said S&P's Lee.

"Many investors now realize this deleveraging campaign and liquidity tightening is affecting a much broader number of companies than was initially thought."