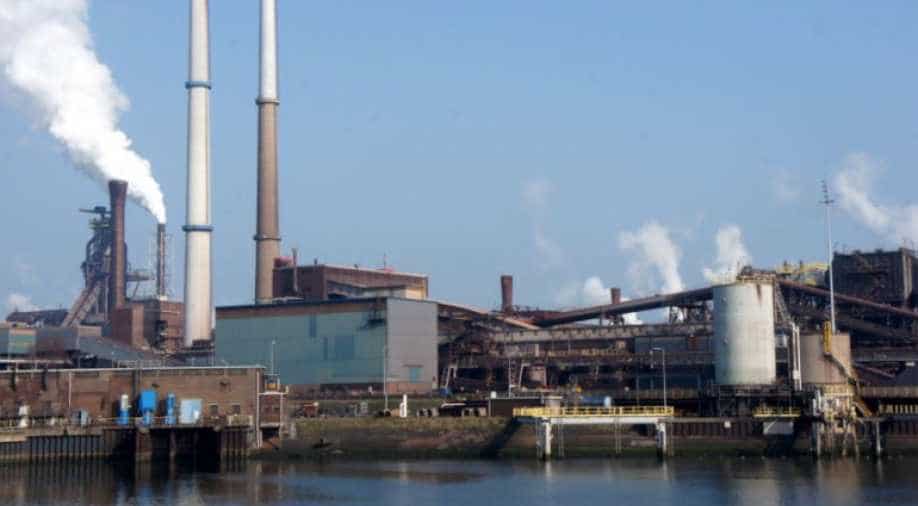 Tata Steel Ltd, which won the bid for BSL under the insolvency process, completed the acquisition of controlling stake of 72.65 per cent in the debt-laden firm last week.

Ratings agency Fitch today said Tata Steel's acquisition of controlling stake in Bhushan Steel is likely to raise its leverage over the next two to three years.

Tata Steel Ltd (TSL), which won the bid for Bhushan Steel Ltd (BSL) under the insolvency process, completed the acquisition of controlling stake of 72.65 per cent in the debt-laden firm last week.

"Tata Steel Ltd's acquisition of a controlling stake in Bhushan Steel is likely to raise TSL's leverage over the next two to three years..." Fitch Ratings said in a statement.

It has now cleared all the regulatory hurdles needed to proceed with the acquisition after India's National Company Law Tribunal (NCLT) approved TSL's debt resolution plan for BSL on May 15 2018, it said.

BSL, which has steel making capacity of around 5 million tonnes per annum (MTPA), was one of five key distressed steel assets put up for bidding under insolvency proceedings in India.

"Under the resolution plan, Bhushan's financial creditors will receive Rs 352 billion for settlement of existing financial debt. This amount will be financed with new secured debt of Rs 165 billion and cash on TSL's balance sheet. TSL will subsequently acquire a 72.65 per cent equity stake in Bhushan (Steel)," Fitch said.

TSL's projected steel making capacity will increase to 23mtpa with the Bhushan acquisition and including TSL's own 5mtpa capacity expansion scheduled to be completed in 2022, it said.

This is in line with management's intention of doubling capacity in India from 13 MTPA in the next five years. Bhushan's main plant is relatively close, about 150 km away from TSL's Kalinganagar plant in Odisha in eastern India. Bhushan's plant is underutilised, producing around 3.5mtpa currently.

TSL believes its turnaround plan will enable the plant to reach close to 100 per cent utilisation in two years, it added.

Bhushan's plant, unlike TSL's, does not benefit from use of captive raw materials currently. However, TSL envisages gains from improvement in operating metrics and from unified marketing and procurement.

Bhushan's product mix is enhanced by downstream facilities like its cold-rolling mill and galvanizing units. TSL also has the option to increase capacity at Bhushan's site in the future, which is useful given the significant time required to set up a green field plant in India.

The BSL acquisition will enable TSL to improve its domestic market share, but Fitch estimates it will raise TSL's leverage, in terms of net debt to EBITDA, to 4x over the next two to three years from around 3x at end-March 2018.

It said TSL's net debt will increase by around Rs 35,000 crore due to the acquisition, excluding additional working capital debt at Bhushan.

"We assume additional EBITDA of around INR45 billion in the second year following the acquisition, based on an output of 5 million tonnes and an EBITDA per tonne of around Rs 9,000, based on TSL successfully improving operations at Bhushan to near-optimum levels within two years," the Fitch statement said.

TSL has also shown interest in acquiring a controlling stake in another steel asset - Bhushan Power and Steel Ltd. The result of that bidding process is likely to be known within the next few months. A successful bid is likely to further increase TSL's leverage over the medium term, Fitch added.