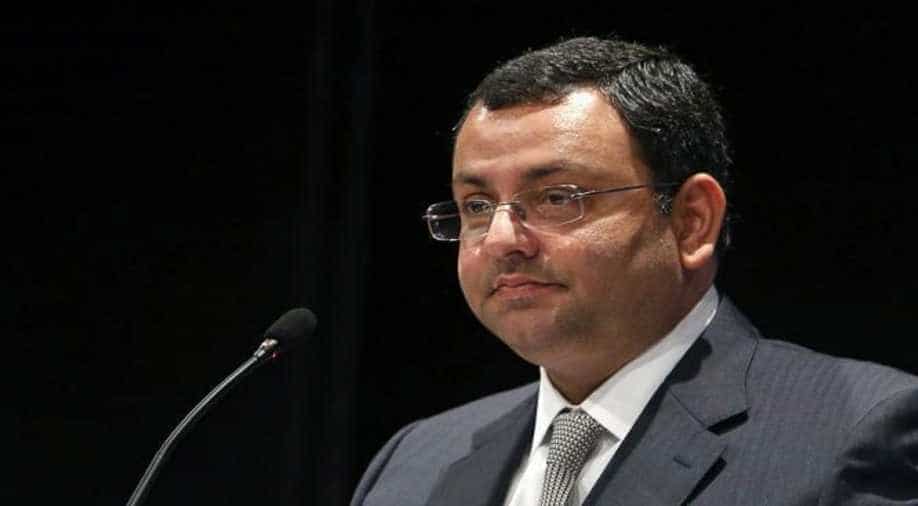 Ahead of the NCLT verdict on his petitions against the Tata Group later this week and the AGMs, ousted chairman Cyrus Mistry has fired a fresh salvo at the management.

He has questioned the rationale behind some actions like the free sale of its telecom arm to Airtel, massive debt-driven acquisitions by Tata Steel and its unequal tie-up with ThyssenKrupp, and a first-ever dip in TCS profit among others.

In a letter to the directors of Tata Sons, Cyrus Investments, which is the key investment vehicle of the Mistry family and the key petitioner in his legal feud with the Tatas, Mistry has sought accountability and information from the board of Tata Sons in which his family owns 18.34 per cent.

PTI has seen the 8-page letter, titled Tata Group Strategy/Performance/Governance Issues dated June 30 and addressed to the entire board of Tata Sons.

The office of Mistry did not respond to the calls, while Tata Sons declined to comment.

The Mumbai bench of the NCLT will deliver its verdict on July 4 on the bitter legal feud that Mistry has been fighting ever since dismissal as the chairman of the Tats Sons on October 24, 2016.

The key allegation by Mistry camp is that his removal as chairman and subsequently as a director of the board Tata Sons was a result of oppression by the promoters who are in turn owned by Tata Trusts that owns over 68 per cent in Tata Sons.

Stating that the board is accountable for governance and performance of the Tata Group as also to the minority shareholders, the letter states that despite staring at several burning issues, "Tata Sons is hiding behind the veneer of media management to present a rosy picture."

Questioning the "free transfer of Tata Teleservices" to Airtel, the letter says the Tatas did not get any benefit from the deal despite transferring 40 million customers, a large swathe of liberalised spectrum and access to Tata Teles extensive fibre network, while it has immensely benefited the acquirer.

Terming the deal, which led to an increase in market capitalisation of Airtel by almost Rs 30,000 crore, as a "sweetheart deal," Mistry says, "he fails to understand the logic of offering Bharti Airtel access to these assets effectively for free."

It can be noted that Tata Tele has been on the downslide for years and is sitting over Rs 26,000 crore of debt which has to be cleared before the sale goes through.

Mistry also asked why a successful exit from the enterprise business has not been pursued, "despite receiving a USD 1-billion offer from a former senior Tata employee backed by a private equity firm."

The letter also asks the directors to satisfy themselves that transactions that Tata Motors has entered into with Jayem Auto and Ola are at 'arm's length' and 'value accretive', given that these companies have investments from Ratan Tata.

He also expressed concerns on the continuing poor performance of its marque British brand JLR, whose volume "rose a mere 1.7 per cent" in FY18.

Comparing the massive debt-driven expansion of Tata Steel to its doomed acquisition of Corus, which later nearly sunk the parent company, he cautioned against a potential debt burden arising from the Rs 80,000-crore capex needed for acquiring

"If the commodity cycle and the uptick in steel prices are to change again, leading to a decline in prices, Tata Steel will once again stand highly exposed with serious consequences Tata Sons," warns the letter.

He also held the management accountable for the deteriorating performance of Tata Steel Europe that compromised the deal with ThyssenKrupp, which was initially meant to be an equal JV but finally sealed as 45:55 JV.

He has also vented his concerns over the deteriorating profit at three of the largest Tata companies, TCS, Tata Motors and Tata Power.

Noting that for the first time its cash cow TCS saw a dip in profit in FY18, he warned that the management cannot pat itself on the back for the record high market capitalisation that crossed the Rs 7 trillion-mark which according to him is not because of fundamentals but due to the massive share buyback.

He also came out strongly against the clean-chit given by the Tata Sons board to R Venkataramanan, its nominee on the AirAsia India board and the managing trustee of Tata Trusts, "without conducting any known independent investigation."

This the letter said is "a continuing act of mismanagement and failure to carry out fiduciary duty" and termed the board decided to allow Venkataramanan, has brought reputational risks to Tata Sons and the group to continue in his position as "unprecedented" as it has "sent a terrible message to hundreds of thousands of Tata employees".