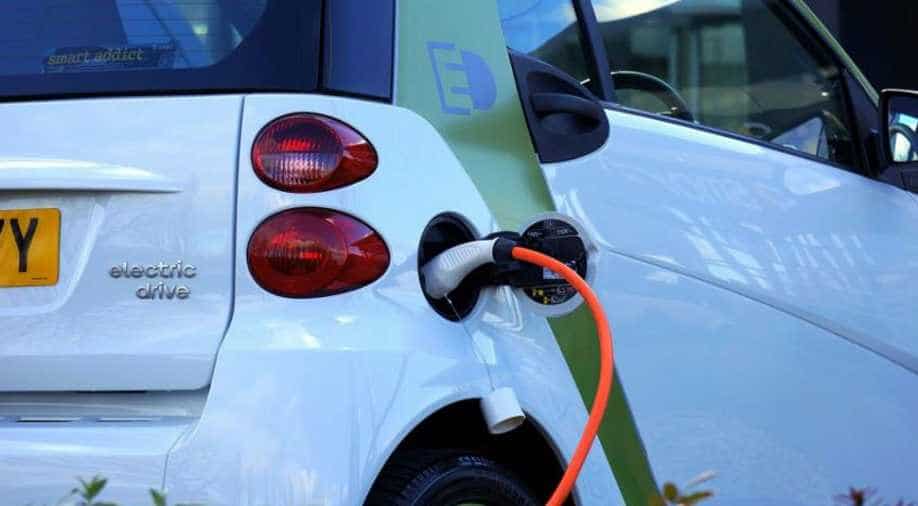 There won't be a need to charge electric vehicles like this if 'Smart roads' are made everywhere Photograph:(Zee News Network)
Follow Us

A power ministers' conference in Shimla on Tuesday would deliberate on infrastructure development programmes like 100 per cent household electrification, a shift to prepaid metres in next three years, and deployment of charging network for e-vehicles, an official source said.

Besides, the state power ministers' meet chaired by the Union Power, and New and Renewable Energy Minister would focus on new emerging technologies in the renewable energy sector like floating solar, wind solar hybrid, offshore wind and storage.

An official source said that the centre's focus is on the Rs 16,320 crore Pradhan Mantri Sahaj Bijli Har Ghar Yojana Saubhagya' scheme that aims to provide electrical connections to all willing households across both urban and rural areas in the country after it has achieved 100 per cent village electrification.

The ministers would also deliberate on schemes, including Integrated Power Development Scheme projects including IT enablement Phase II and UDAY scheme for revival of debt-laden discoms and its ambitious goal of providing 24X7 Power for All from April 1, 2019.

They would also take up reforms agenda and discuss the proposed draft amendments in the provision of Captive Generating Plant in Electricity Rules, 2005 and flexibility in utilisation of coal-case 4 to tide over the coal crisis.

There will also be deliberations on shifting hydropower projects from base station operation mode to peak load operation mode, Energy Conservation.

They will also review progress on adoption of Energy Conservation Building Code (ECBC) by the states and the UTs.

The will also think about the establishment of standalone SDA (state-designated agency) for effective implementation of Energy Conservation and Energy Efficiency Programmes.

The meet would also discuss the compliance of RPO (renewable purchase obligation) targets and alignment of RPO trajectory as per trajectory by States/UTs.

Under the solar rooftop program, the issues of non-implementation of net metering/ rooftop policy by the States/UTs and solar rooftop power plants on Government buildings would also be discussed.