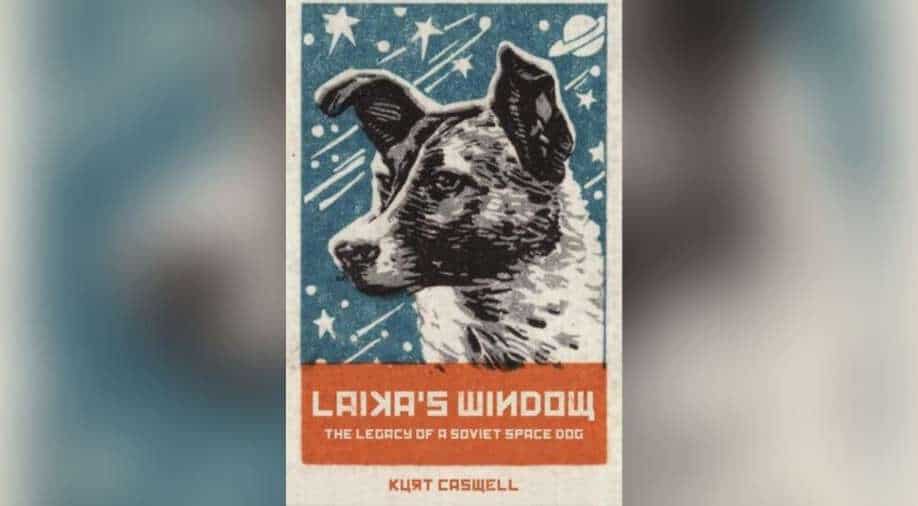 Animal lovers understand that having a pet is not only a responsibility but a privilege. In a world like this, it is a privilege to have a heart that cares for a voiceless creature. If you have one such, you mustn't wait to read these books about humans' glorious bond with their companion animals.

Our existence on this planet is inextricably linked to the millions of species that also call it their home. Of them, there are many that made their way into our hearts as pets. Our bonding with pets doesn't need an introduction. From celebrities flaunting their pets to people buying pet specific accessories, from visiting pet cafes to having pet crematoriums, from crying when a dog dies in a movie to watching cat videos on loop, we undeniably are in love.

Animal lovers understand that having a pet is not only a responsibility but a privilege. In a world like this, it is a privilege to have a heart that cares for a voiceless creature. If you have one such, you mustn't wait to read these books about humans' glorious bond with their companion animals. While the ones that are made into movies are already celebrated, I tried to mention those which I felt are underrated.

'Felix the Railway Cat' by Kate Moore:
Felix is Huddersfield Station's Senior Pest Controller and Chief Happiness Officer. As the station was yearning for a cat, an employee rescued a pregnant cat which eventually birthed Felix. First mistaken to be a male, Felix won the hearts of all the employees of the station, including those who didn't have an affinity to cats. Workplaces of Tata, Amazon and Google have made headlines for bringing dogs to the office because, why not?
The book describes Felix's growth, her skills, naughtiness, tricks, achievements and most importantly, her relationship with the staff and commuters of the station. When a regular commuter creates a facebook page, Felix rose to fame.
The author writes about Felix with immense empathy and vivid descriptions, as though she is writing about one of us. The second reason I love this book is the way it is narrated, with the right amount of wit, emotion and seriousness. The first reason is apparently the cover.

'Wild and Wilful' by Neha Sinha
This is undoubtedly my favourite Indian book about animals so far. Neha Sinha, a wildlife conservationist talks about select rare Indian species of animals in detail, her work with them and the bias she faced as a woman close to wildlife. Neha and her fellow women are met with judging looks when they work with wild animals, more so in villages.
While giving the scientific information, Neha also adds a humane angle to the whole human-animal conflict. She talks about animals with empathy and kindness. The book covers various aspects ranging from laws and policies on paper to the ground reality that tribal and rural people have to face. It constantly reiterates that wild animals are living things that have feelings. Neha also talks to fellow conservationists and researchers to bring out the facts and curb the myths about so-called cruel animals.
We need more people to read, write and be like her to save animals because it is already too late.

'The Traveling Cat Chronicles' by Hiro Arikawa
It is only a coincidence that I read this book during a long travel.
Found under Satoru's car, Nana didn't take much time to get into his house. Having lost his fond cat Hachi as a kid Satoru dotes over Nana. However, circumstances compel Satoru to give Nana up for adoption. Thus begins their long journey from one city to another, from van to train, requesting quite a few of his friends to adopt Nana. At each stage, we meet Satoru's friends and the various instances that shaped his life. None of the adoptions worked. During the journey, Nana experiences new places, new friends and of course, some troubles. He is smart enough to know what is going on and stubborn enough to not leave Satoru's side ever. What persuades Satoru to give up the apple of his eye and how their journey culminates is for you to read.
As we see shelters overflowing with recklessly abandoned pets, it is heartwarming to read about someone take this commitment. This story depicts how our pets are going to be with us and they should be, no matter what. Reading Nana's point of view felt like communicating with animals, which we normally can't do. That is what makes the story extremely personal. Through Nana, the author presents the thoughts of our pets - about us, about other animals, about life and the world in general. They think much more than they show. They understand what we don't tell.
Nana talks to us, questions us, makes us laugh, cry, wonder and think. If it had such profound impact on me, a dog person who never had a cat, I can only imagine how touching it will leave cat owners.

'A dog's life: The Autobiography of a Stray' by Ann M Martin
For someone who fosters the dogs of her street, this book is a gift. In my opinion, it is the best description of the life of a stray.
The story, as the name suggests, is the autobiography of a puppy born as a nobody. The author takes us through the stormy life that leads her way home. However, there are bleak chances of strays finding loving homes, in real life.
Our protagonist is named Squirrel. Squirrel and Bone are born in an abandoned toolshed. Before they could learn the essential survival skills, they lost their mother. Squirrel is later seperated from Bone too. Thereon, she fights everyday for her survival.
Considering how the author breathes life into Squirrel, it isn't a surprise that she owns a dog and cats. It is vital to remember that the dog may be fictional but the story is not. Every dog we see on the road is as helpless and disadvantaged as Squirrel. In multiple incidents, the author shows how humans let down the man's best friend.
It is a must-read for people working with dog shelters or in an individual capacity.

'Laika's Window' by Kurt Caswell
Once an anonymous mongrel on the streets of Moscow, Laika is now immortalised. To say that she sacrificed her life would be an understatement. It is a joy that sending animals to space is banned now. What happened to Laika is unfair, to say the least.
The author, through poetic and empathetic descriptions, writes what Laika might have gone through during the grueling process. Did she know that she was being sent on a one-way mission? Did she understand why she was being subjected to unbearable torture? When she looked out of the window of her spacecraft, what did she see?
This book depicts how an innocent little girl lost in the space war between two countries and suffered in the name of science. It was a tough read for me, contemplating how we claim to love dogs yet are willing to let them die so that we explore the cosmos. I appreciate that the author concerned enough about Laika to present the whole event from her point of view. Reading this is sure to leave one in thought, for we have known Laika merely as a dog that died in space; never as a living thing that suffered till the very end.